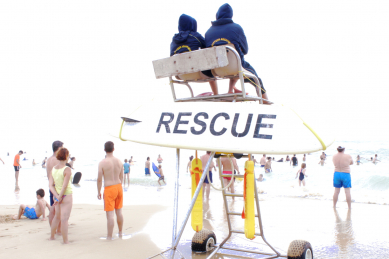 Until recently, my use of the crisis mixture (which Edward Bach called 'the rescue remedy'), had thankfully been confined to minor household mishaps. Sometimes I wondered how I would react in a real emergency, a bike or car accident - and with strangers. My father was extremely squeamish: the mention on TV of 'injection', 'inoculation' or BLOOD would send him scooting out of the living room, pale- faced. How would I react in an emergency, with injured people and at the sight of blood? At some point in one's life I reckoned, statistically, one would experience an emergency...

The answer came a few weeks ago: Joe and I were enjoying a quiet Sunday afternoon in the garden. Suddenly next door there was a dramatic thud and sound of smashing glass and then hysterical screams from the man who lived there. 'That doesn't sound good!' I said to Joe. I jumped up and ran over, sure that something bad had happened. I rang the bell and the neighbour's girlfriend opened the door only to immediately slam it in my face again, saying, 'he doesn't know you! He won't let you in! He's bleeding badly!'

Joe joined the scene and shouted to his neighbour through the window: 'Nick! what has happened?! Nick! Open the door!' The dramatic screams and shouts continued. I went back to the front door and rang again and again, the door re-opened and there he stood, covered in blood, shaking and clasping his arm which he held in a towel.

'I wanted to walk through the glass door and the wind blew it shut just as I was walking through it!' He lifted the towel to show large, deep multiple cuts on his right arm. I quickly told Nick to lie down and I touched his shoulder with one hand and pressed the towel to his wounds with the other. 'An ambulance will be here soon,' I calmed him and Joe ran back next door to call one. I told him to bring the rescue remedy with him. Nick was obviously in a state of shock and repeated again and again what had happened and how he had lacerated himself. He had already removed numerous glass pieces from his wounds. I was totally disconcerted about the masses of blood. Nothing was spurting I cooly registered, no artery had been injured. Joe came back with the rescue remedy and I told Nick briefly that this would calm him. I gave him 4 drops directly into his mouth in rapid succession over the next 8 - 10 minutes. The ambulance could be heard in the distance when Nick had calmed and almost casually asked for a cigarette. I smiled to myself, remembering the original rescue story that Bach told of a sailor who had nearly died. Upon rescue and administration of the crisis mixture, he'd also asked for a cigarette.

The medics arrived, briefly asked what had happened, Nick showed his injury and we left the scene with some positive words to the patient.

A few weeks later I met Nick on the road outside his house and asked him how things had gone in hospital. He showed me his arm, covered in numerous livid scars. 'Wow' I said, 'that must be about twenty stitches...'

'The injections must have hurt', I said, concerted. He nodded and then thanked me wholeheartedly for being with him after the accident. 'Everything is healing very well. Apart from the scars, I'll have no lasting injuries.'

I smiled at him and wished him well. 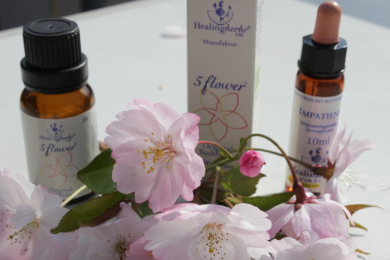