Today is the sixth day that Putin‘s bombs from Russia are raining down on the sovereign state of Ukraine. A war is being raged in Europe only a couple of flight hours away from where I live in Germany. Tens of thousands of women with their children and older people have fled to neighbouring countries to escape Putin’s murdering aggression. Husbands and sons have been separated from their families and must stay to fight and protect their homeland. Others have remained, the population of Ukraine is 44 million - all these people are experiencing continual worry, fear, uncertainty, desperation, anguish and panic that is difficult to imagine. How many people have already been killed, injured, maimed forever and traumatised is not yet clear. 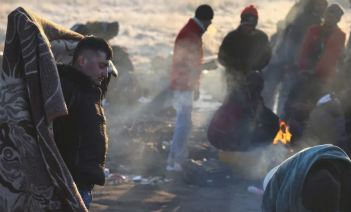 This horrific scenario is like something from the Middle Ages. Why? Because the power-obsessed tyrant, the ‘leader’ of Russia, Vladimir Putin, feels threatened by a neighbouring state orientating towards the West with its democratically voted leader, Wolodimir Zelenskij. Putin had demanded that NATO returns to its 1997 structure; he wants to travel back in time. This would involve Poland, the Baltic countries, Rumania, Hungary, Bulgarian, the Czech and Slovakian Republics leaving NATO. Because nobody at NATO said, ‘oh, that’s a good idea, let’s do that now’, he feels his ‘safety interests’ are not being respected, and he started this war to make his point by using bombs. Putin deploys the twisted narrative that NATO has spread east instead of recognising that the previous Warsaw Block states have moved towards the West. Like a petulant, cranky, sullen and dangerous child, he has threatened countries who are standing by Ukraine - he’s non too subtly reminded us that he owns nuclear weapons. We do know that. He’s a threat to the whole world.

The Bach Centre describes the Vine state as being for people…

'…who know their own minds and think they know what is best for others. They are strong and enjoy the exercise of power, but in their negative states, this can lead them to dominate others by force alone. Tyrannical fathers and overbearing bosses are typical negative ‘Vines’, in that they expect absolute obedience from others and will not be overly concerned with winning hearts and minds as long as their orders are followed. In this respect, ‘Vine’ is very different from ‘Vervain‘. ‘Vervains’ attempt to convert others to their way of thinking; ‘Vines’ are content with the simple imposition of discipline.'

I don’t think Putin expected the Ukrainians to put up such a fight and I think he’s underestimated the solidarity towards Ukraine that has emerged. I also believe that the quiet, calm, strong reaction of the president of Ukraine has deeply maddened Putin and the offended Willow state is also imbuing Putin’s madness. Zelenskij is turning out to be a gifted communicator in his leadership role of guiding his country through this war. The Bach centre adds in its description of Vine:

'In their positive aspect, Vine people make wise, gentle and loving guides who can inspire and lead others without resorting to force.'

I have faith that in the long run, the positive Vine state will prevail. History suggests that human societies tend to move towards consciousness and cooperation. But who knows how much disaster and suffering Putin’s aggression will create in the short run. As history also shows, the injured ego of a negative Vine person with its desire to stay in power can have evil energy.

To be clear, I’m not suggesting that someone gives Putin Vine (I have another substance in mind actually...). I’m just exploring his personality structure to illustrate what Edward Bach recognised in one of the 38 archetypes he described. As if humankind doesn’t have enough major topics on the agenda that urgently need dealing with, for example, the two ‘Cees’; climate and Covid!

As springtime takes over from winter in Europe, Ukrainians have had all sense of normality ripped from them -  and spring is probably the very last thing on their mind. 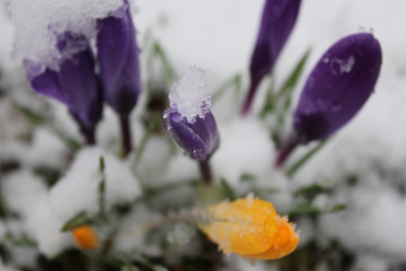 My comments Subscribe
Shirley 11 months 5 days
Beautifully written ...I could feel the tension of an out of balance VINE and what would be possible on the world stage if balance were to be achieved. How can one send buckets of VINE to Putin?
I think the power of sending the energy of VINE in our prayers for Ukrainians and Russians is a good alternative.

Ncola 11 months 5 days
What a great idea Shirley, sending the ENERGY of a positive Vine state into the world! Thank you for this inspiring idea :-)