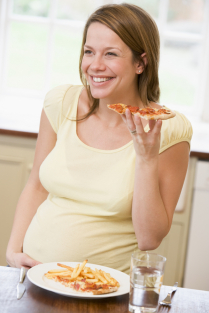 One of my favourite Scleranthus stories goes as follows: a midwife told me about the antenatal classes she was regularly giving and that after the class, the group always went out for a pizza together. Confronted with the choice of over twenty different types of pizzas in the restaurant, she regularly had difficulty choosing which one she wanted and was always the very last to order. And still then she dithered, unable to decide, feeling uneasy because the waiter was waiting and everyone was watching her indecisiveness. It was an uncomfortable situation that repeated itself week in, week out.

Towards the end of the antenatal course she had started taking Scleranthus because she could not decide whether to send her daughter to school at the age of five or wait a year until the child was six. And during that same week the class also went to the pizzeria together. But this time, surprisingly, she was the very first to order. Everyone noticed and laughed, wondering what had come over her. In her mind, smiling to herself, she immediately coupled her ease of deciding which pizza she would like to taking Scleranthus for the situation with her daughter. 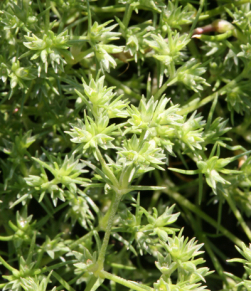 From Dr. Bach's Scleranthus description: Those who suffer much from being unable to decide between two things, first one seeming right then the other.

One day a while ago, my printer suddenly started making very alarming screeching-grinding noises and refused to work. I opened it up and looked for things that were blocking the works, I could find no screwed up paper anywhere or paper clips in the way. I switched it on and off (that so often helps) but after that, it still made wrong noises and I could not find the cause. I gave it a break for half an hour. Then I unplugged everything again and took it outside into the sunshine. Here I talked nicely to the machine, saying how well it had served me the last three years. I studied the handbook and took the hint to clean a certain part with alcohol. Having no alcohol at home, I found myself in front of my remedies pondering which precious one to sacrifice. I decided upon Gorse because I had the most of that remedy. The situation did appear rather hopeless to me but this was not my reason for choosing Gorse. I was almost reconciled to buying a new printer; this was just a last try. I put Gorse on a cotton-bud and twiddled around here and there, still talking encouragingly to the machine. When I plugged it in again it started making all the right sounds, I was delighted - suddenly it functioned perfectly again. I spent the rest of the day walking around with a grin on my face and saying to myself thank-you Dr. Bach! 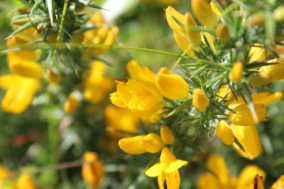 From Dr Bach's Gorse description: Very great hopelessness, they have given up belief that more can be done for them. 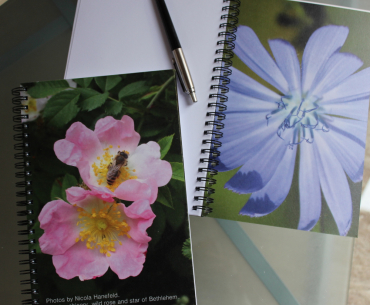 Order my book, One Person's Journey and get a free notebook, ideal for noting your remedy stories.

- The front and back covers (inside and out) with photos of cerato, chicory, wild rose and star of Bethlehem.

Contact me if you need any help with ordering!

My comments Subscribe
Douven 6 years 2 months
Is it posseble to make a translation choice in your blog.
A botton to translate in Dutch...
Thank you Marianne

Nicola 6 years 2 months
Hello Marianne,
sorry, a translation button is not possible, but you can simply copy the text and put it all into a translation page on the internet, for example https://translate.google.nl/